CELEBRATING 10 YEARS OF SHINING THE SPOTLIGHT ON SOME OF THIS NATION’S GREATEST HEROES FOR THE BENEFIT OF CANADA’S UNSUNG HEROES.

The mission of Heroes Hockey Challenge is to raise awareness and needed funds for the benefit of those who serve, Veterans, the Wounded, the Families of the Fallen and the fight against the all too prevalent problem of homelessness and suicide prevention of our Veterans. The OPEN HOUSE and Tickets for the Hockey Game ($10.00 per person) are available mattamyathleticcentre.ca under HHC events and through Ticketscene.ca under HHC.

Tickets to the Game

We are here to support the the Soldier, the Wounded, the Fallen and their families no matter where they might have served.

In 2020 HHC will be celebrating a proud tradition of 10 years of heroes and hockey. To mark the occasion the Toronto edition will be a large-scale event kicking off at the Hockey Hall of Fame for the OPEN HOUSE on Friday, March 6, 2020,doors open at 6:30 pm.  The OPEN HOUSE will feature serving and former active members of Canada Armed Forces, well-known celebrities, NHL stars, and civic leaders from the community. Former Toronto Maple Leafs will face-off against Canadian Armed Forces in an exhibition of hockey pride Sunday, March 8, 2020 played at 1:30 pm at the Ryerson’s Mattamy Athletic Arena. 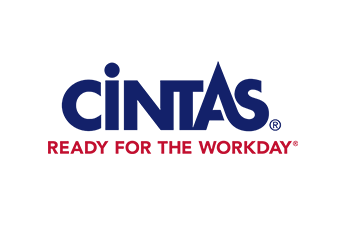 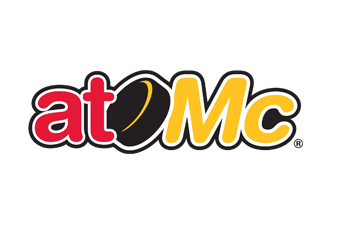 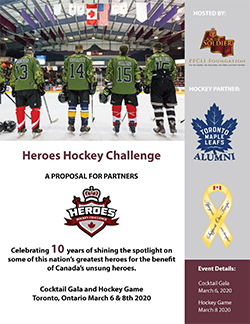 For the Soldiers, the Fallen and their Families

Find us at the office